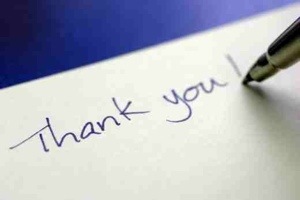 The school year is ending and Ryan will be moving on to yet another school. Beyond regular teacher gifts, Veronica wanted to do something extra to acknowledge the incredible experience we had with Ryan’s teachers and aide this year.

The following is a letter Veronica sent to the school principal, assistant principal, district superintendent and the director of special services. She spoke from the heart, and the result was spectacular. I immediately thought of sharing it here. The words are 100% Veronica’s, but the sentiments are shared by both of us.

As the end of the school year is rapidly approaching we would like to take this opportunity to let you know about our experience at [Ryan’s current school] during the past academic year.

Our son, Ryan, has been a part of the [our town] school district since he was three years old following a diagnosis on the autism spectrum. We had a wonderful experience with the preschool at [elementary school #1] and throughout his six years at [elementary school #2]. It was with a heavy heart that we said goodbye to the educators and now friends that we had come to know there over those years. We approached [Ryan’s current school] with trepidation and quite frankly, fear. Ryan was now going to be in middle school. The years of caring, compassion and understanding would be behind us. We couldn’t have been more wrong.

Ryan has had an incredible year at [current school]. He has gained such confidence in himself as a straight “A” student. He has successfully learned to navigate classroom changes, lockers and a variety of teachers. Our fears of social stigmatization were not met at all. Can he comprehend all the social nuances of middle school? Well, not yet, but he has certainly come a long way socially.

Ryan’s success and happiness could not have occurred without the incredible staff and educators he worked with throughout the year. We would like to acknowledge their hard work and dedication.

Our first experience with [Ms. W] was a phone call about a week after school started. She left a message saying what a privilege it was to have Ryan in her classroom and how she was looking forward to this year with him. She thanked us for sharing our son with her.

To say that this moved us is an incredible understatement. This message was just an example of the year to come. She is one of the most lovely individuals we have ever met, not to mention a superb teacher.

Ryan has always thought science was “boring.” [Ms. R] changed his mind. Her kindness and calm demeanor allowed Ryan to gain such maturity. He was focused and interested in a subject that in the past he only held in contempt. [Ms. R] is the reason this happened. Additionally, her understanding of his anxiety and how it directly correlates with his work is remarkable.

Without fail, [Ms. G’s] name is said in our household every day. Ryan always has some funny story about her. He is always telling us about he tries to sneak into her class because it is so great. He is always saying something about her and always has a smile on his face while discussing her class. She has made learning fun for our son. What more needs to be said?

Ryan excels in math. He is brilliant in math. He thrives in math. That said, he still needs a teacher to keep him on task. These two teachers not only helped Ryan learn, but also allowed him to see how successful he could be in class. They communicated with Ryan as they needed to get through to him. They spoke about hockey when needed and allowed Ryan’s personality to shine. As this was a general ed class, having Ryan be able to socially contribute was key. [Mr. N] and [Mr. C] not only allowed for this, but also encouraged him.

Ryan’s aides in the past have become like family members to us and somewhat like second mothers to him. This was the first time he would have a male aide. [Mr. T] was wonderful with Ryan. His own experience with individuals on the autism spectrum provided such insight. He not only understood many of Ryan’s triggers, but also was able to proactively prevent many of them. His help allowed Ryan to feel confident and gain independence. [Mr. T] was at chorus concerts to help Ryan, which is well beyond his job requirements. He did this because he cares about Ryan being successful. We couldn’t be happier with the guidance that [Mr. T] provided throughout the year.

Now this person was for us! [Ms. J] guided us and directed us throughout this year. She arranged for team meetings. She arranged for constant communication. She allowed for our anxiety to be held in check because she was always there for us. All we had to do was pick up the phone or send an email and we had a response. For parents of a special education child, we cannot express to you enough how critical this was for us.

In summary, all parents need to feel comfortable with their child’s teachers, however, for parents with special needs children this is even more vital. We cannot say enough wonderful things about the above-mentioned staff. They are not only educators but also caring and warm individuals. We think it is safe to say that they have also learned quite a bit about hockey this year! The fact that they would try to connect with Ryan about his very favorite subject speaks volumes. Our only regret about [Ryan’s current school] is that Ryan only has one year with these teachers.

We hope you realize and recognize how truly special these “special educators” are in your school. Our gratitude cannot be measured.

In addition, thank you to all that both of you do for the school. We have no doubt that the success of the staff is a direct connection to the administration.

We will continue to see you next year as Ryan’s sister, Riley, will be entering [Ryan’s current school] in the fall.

We wish you both the very best summer.

With sincere thanks,
Veronica and Neil

Married father of two, rapidly approaching middle age. Hockey has been a constant in my life since the age of four. I care way too much about most sports -- something that will become evident in these pages -- but I'm learning that some things are more important. My son has been diagnosed with PDD-NOS, ADHD and Asperger's at various points.
<span>%d</span> bloggers like this: