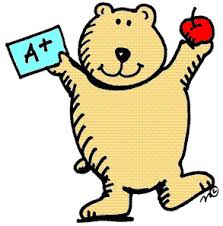 I haven’t posted in a while. It’s not for lack of things to say. I want to write about how Ryan got to observe how official hockey statisticians work, and perhaps planted the seed for a future career. I want to write about how he decided to play a new sport, which is simultaneously a potentially wonderful and terrifying idea. I want to tell you to watch this Tom Rinaldi piece, which has nothing to do with autism, but you need to watch it anyway. (But only if you have tissues handy. Seriously. Watch it.)

I want to tell you how Ryan stopped us in our tracks this morning when he told us what he shared with his language arts class, and how we’re proud of him for it. I want to comment on the latest senseless tragedy in the autism community. I want to tell you how I spent a half-hour on the phone with director of support services for students with disabilities at the University of Michigan, and came away encouraged — about a lot of things.

Each is worthy of a post and discussion. But I don’t have time for all of them now, and some need much shaping to protect Ryan’s privacy.

Instead I will tell you how Ryan made us as proud as he ever has this week.

If you’re the parent of a school-age child and you’re anything like me, the words “school project” are probably terrifying. Now, mix in “group project” and “oral presentation” and a dose of social deficits. Terrified yet?

Ryan is doing very well in school, but science has been a challenge all year. The opening unit, astronomy, was a real struggle for him (and his parents). A big chunk of his grade depended on his completing a group project on black holes and presenting it to the class. We observed with growing consternation as his daily “check-in” grades, which are supposed to show understanding of the previous day’s lesson, routinely came back very low. We checked in with the teachers. We checked in with his case manager. Veronica spent hours working with him. She became an expert in Stephen Hawking’s thoughts about the Big Bang theory. Ryan committed to staying after school for extra help. He studied like a demon.

Slowly, but surely, his understanding of the material grew, a product of hard work.

The oral presentation was Monday. Monday evening, Veronica received an email from his teacher:

I could not let the day go by without informing you of the wonderful job that Ryan did in his presentation of part of his Black Hole Project. He was animated, knowledgeable and used pertinent examples. He should be so proud of his performance. We are very proud of him and how well he has mastered and explained the concepts of the Black Hole Project. You would enjoy hearing him and seeing the confidence that he has developed born out of his hard work and indefatigable research, which is paying off in his presentation.

Veronica forwarded the email to me at work. I read it as I picked up the phone to make a call, and I had to hang up. I was so damn proud of him. He worked so hard to master the material and present it to the class. When he sets his mind to something, he will not rest until he sees it through. It’s an attitude and an ability that will carry him far.

Tuesday, the grade for his project came back. He scored a perfect 250/250, raising his grade in the class to an A. Veronica sent a note to the co-teachers:

Dear [co-science teachers],
I just checked parent portal and saw that Ryan has an A in your class at the moment and got 250/250 for the Black Hole Project. I cannot begin to tell you the celebration he had when I told him. He is so proud of himself. What a learning experience: work hard and you will have success!

Thank you both for all your understanding, patience and help with Ryan. It means a lot that you are both so invested in his success. He said to me: “I did this without an aide”. (I’m sure you’ll appreciate my tears and smiles over that statement).

Each of the teachers wrote back, and their words are worth sharing.

Ms. [co-teacher] and I are so proud of Ryan. He has made such wonderful strides in his education and in his independence. He can count on himself now to get the job done. He has learned not only about black holes but more importantly that hard work and perseverance do bring rewards, which is cause for celebration. He earned every point of this project by his persistence in researching and preparing himself for his presentation. There was no question that he could not answer. As a matter of fact, he wanted to answer all of the questions for his team. I can only wish that his enthusiasm would rub off on other students. I know that he will study diligently for the test and do well. After the test, we will start human biology.

Ryan should be so proud of himself for the time and effort that he put into this project! His grade was well deserved, and I am so proud of Ryan!! [Co-teacher] and I are both aware that it was not a walk in the park for anyone, but Ryan truly put his all (and then some) into it. As [co-teacher] said, we were both very impressed with his presentation. It was evident that he took the time to prepare himself and study his research. Hard work truly pays off!

There is so much there to celebrate. Yes, he had plenty of help from teachers and Veronica, but he only achieved this because it mattered to him. Because he cares about doing well in school. Because he has the self-confidence that comes with knowing the material, to stand in front of his class and present it. He recognizes the significance of his growth and independence. That his teachers recognize it, too. He has the discipline and drive to put in the time to master concepts that are difficult for him.

And oh by the way, those last two qualities? I’d be hard-pressed to deny those are because of autism, not in spite.

2 thoughts on “So Much To Say”