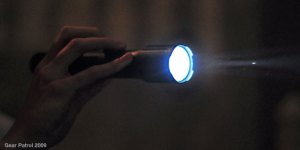 Last night was a rare night out for Veronica and I. The occasion was a fundraising dinner for a literacy foundation run by a friend, held at a nearby country club. The evening ended up turning out so wonderful that it was hard to remember how it started.

But this is a blog about our family’s experience with autism, so we cover the ugly as well as the good. To do so, I need to rewind the clock back to the beginning of the evening, back before we rubbed elbows with our town’s mayor, the superintendent of our school district, and the principal of the school Ryan will attend next year. Before I had a chance to chat briefly with one of my favorite sportswriters, Peter King of Sports Illustrated. Even before Veronica — Kentucky-born and SEC loyal — found herself quizzing Alabama-born Justin Tuck of the New York Giants as to why he had left SEC territory to play his college football at Notre Dame.

Oh I’m sorry, where was I? I was going to tell you about the evening’s difficult beginning. Must have gotten distracted there for a second. It’s really a big deal.

Yes, back to the beginning of the evening.

We were completely dressed, ready to step out the door after giving final instructions to our sitter when … click.

The power went out.

It was a muggy day full of thunderstorms, but the weather was calm at the moment, so this was a very unwelcome surprise. I stuck my head outside and quickly confirmed ours entire street was affected.

In an instant, my heart sank. I knew what was coming next.

Riley ran about excitedly gathering flashlights and candles. She was immediately thinking of what activities she could do in the dark.

Ryan? He began to lose it.

NO COMPUTER? NO WII? NO TELEVISION?

In that moment, what we had hoped would be a wonderful evening out among adults was thrown into jeopardy. Our sitter is great with Ryan, but it would be unfair for us to leave her to deal with him in meltdown mode.

I called the power company. I was the first to report the outage. There was no estimate for repair.

We tried to calm to Ryan. We acknowledged his anger and the unfairness of the situation. We told him how much we had spent on the tickets and asked if he could find a way to amuse himself without power. It was still light for a couple more hours. Could he play street hockey? No. He insisted he needed one of us to stay home and play goalie. Could he play with his Hockey Guys? No. He needed the computer to record the results of the game.

It was no use. His mind was set that without his favorite electronics, he would be miserable. Never mind that he often plays street hockey by himself in the backyard for hours. He often plays Hockey Guys without typing the results on a computer.

Veronica told me to go by myself. I really had no interest in doing so.

How could I get mad at Ryan? I was reacting in much the same way. I pride myself on not getting upset about things I cannot control. I was failing that test miserably. I felt my own anger rising.

The evening looked like it would be a lost cause as well as a giant waste of money and I was having a hard time taking that in stride. And just when I was decrying the unfairness of it all — exactly as Ryan had done — the lights came back on.

The blackout had lasted about 10 minutes. Ryan’s anger (and mine) disappeared as fast as it had come. We told the sitter to call us if the power went back out and jumped in the car. We figured at worst case we could at least enjoy a few minutes of the gala before having to race back home.

Well, the phone never rang. The power stayed on. Both kids were fine. By the time we pulled up to the country club, the difficult start to the evening was forgotten.

Before long, Veronica had spotted the superintendent and was telling him about the wonderful teachers, therapists, case managers, and aides that work with Ryan. When I saw our mayor, a fellow hockey player whom I had chatted up at a school skating party last year, I did the same. Later, she had a chance to introduce herself to the principal of Ryan’s sixth-grade school, laying the foundation for a good working relationship for next year.

We listened to inspirational stories of underprivileged kids learning to love writing through the help of the foundation’s summer camps. We were honored to meet some incredibly poised young people who had gone through the program. We listened to the evening’s honorees, King and Tuck, talk about why literacy is so important to them. And yes, Veronica got to question a two-time Super Bowl champion about his college choice, as well as his preference for the New York Rangers over the New Jersey Devils.

It was an incredible evening, one we will not soon forget. Because it turned out as it did, we are able to smile and laugh and the universe’s seemingly cruel sense of humor … until next time.

6 thoughts on “Are You Kidding Me, Universe?”